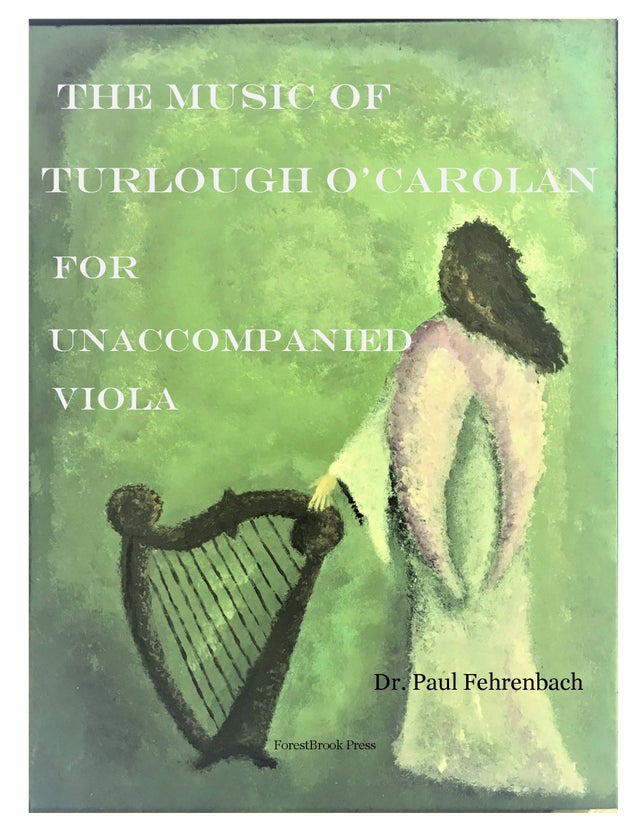 THE MUSIC OF TURLOUGH O’CAROLAN For Unaccompanied Viola

Turlough O'Carolan was an 18th Century harpist and composer. He was one of the last Irish bards and has written over 220 songs that survive in both words and music. At the age of 22 he became an itinerant harper and traveled widely in Ireland. Although never considered a master performer, he was highly regarded as a composer of songs and improvised verse. His tunes appeared widely in 18th-century collections.

His music, although originally written for harp work extremely well on the viola. This volume contains songs he wrote for his patrons and special occasions as well as tunes written for amusement and pleasure.

The accompaniments I have arranged for these songs are all in keeping with standard viola practice handed down since the 17th century. Each song is arranged as a theme and variations, beginning with the melody harmonized with double-stops or left hand pizzicato, and progressing into more developed adaptations of the theme. The arrangements stay primarily in the first three positions with occasional natural and artificial harmonics and higher position work.

* Free Shipping in the US only

No International Orders for

​books in Book Form will be taken.